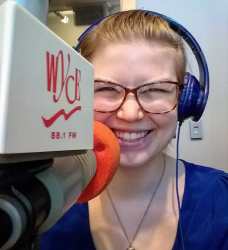 Other things that make me happy include: birdwatching, camping, hammocking, eating frozen yogurt, comedy, playing video and board games, discussing politics and social norms, hanging out with my husband, re-watching Parks & Rec, ice skating, and hiking.

Thank you to the amazing businesses and organizations
who I’m proud to support and call partners and friends.

Keep up with my reading adventures and recommendations via Hyype and Goodreads!

Favorites this year include:

poems from Marlin M. Jenkins in The Collapsar

“She Went as a Cheetah” by Evan Bauer in Nashville Review

“I ask you if, in theory,
an eighteen-year-old god would want
to undress me, & you inhale
through your teeth…”
>> “Immortality” by Zeina Hashem Beck in Nashville Review

“Necessity fills the world with altars.”
>> “Altars” by Bill Brown in Nashville Review

“you are six flags” >> Nate Slawson in Vinyl Poetry

“My sister says she’s felt
hopeless most of this day.
She expects more of the same tomorrow.”
>> “The Poem of Winter Morning” by Norman Dubie

“It was an interlude, we were passing, we happened to witness it”

I care for you
I care for our world
if I stop
caring about one
it would be only
a matter of time
before I stop
loving
the other.

“She wakes up early pretty.” >> from “Star Stuff” by Chaz Bundick

“There is a Lake Here” by Clint Smith

“This is how you enter the poem:” by Taylor Johnson

All the things by Traci Brimhall

These poems by Urvashi Bahuguna

is the net I try to pull me in with.”

>> Toi Dericotte in “Speculations about “I””

for nature is like my love for most things:

Too many bugs & I want a divorce.”

>> Fatimah Asghar in “My Love for Nature”

“I think I am breaking up with memory. again. I live
by only that which will still allow me

to do the living. The flag, for example, reminds me
to either feel fear or sadness, depending on how high

it is drawn along its metal spine…

I salute whatever cloth I must
in order to keep breathing. I hum every anthem through clenched

“But quick—
under these mom-and-pop storefront awnings
my eyelids. Please, come back
behind the shop, where we live”

“…Seconds of kissing
a man & I touching.

Body the gods decide
should riverspin…

When I wake, a gun
nesting in my place…

No skin to feed
the earth so I face up.”

“I split
rocks in the backlot of my father’s skull.”

anything and everything by Elizabeth Alvecedo.

It was such an honor and joy to meet you. Courage & peace.

Also Dawn Saylor’s “When I was 14“. I’ve heard this poem several times over the past year, and it always hits me.

“I heard myself say ‘no’ over and over

Covers from Sparsh Shah AKA PURHYTHM

“The moon is the same size regardless

of where or horizon.”

Kelly Clare, “In” from Dunes Review

“what we’ve become scares our country down
to the teeth, which, at times, we are stuck in.”

Danez Smith, “Leland & James & Me & Sometimes Jamal” on The Rumpus

Claudia Rankine visited Grand Valley State University this past week, and her lectures were amazing. Here’s my favorite (chilling) line from her new poem “Sound & Fury” published in The New Yorker:

“This is what it means to wear a color and believe

the embrace of its touch.”

As an artist, it is of the utmost importance to constantly be reading, listening to, watching, and observing other art.

“In her dream, she spied the moon and it was missing a part.”

“One day my body

will be a bomb
going off in the street…”

“Homecoming” by Kate Gaskin in Radar

& pull the pregnant covers over my eyes…”

“Of course, anyone can keep a diary with such entries as ‘On this day it rained…in the afternoon it cleared…at that place is a pine…at this place flows a river called Such-and-such’; but unless sights are truly remarkable, they shouldn’t be mentioned at all.”

Matsuo Bashō, from “More than the Birds, Bees, and Trees: A Closer Look at Writing Haibun”

I’ve been reading a lot of cultural novels as well as novels written by women and minority authors. I’m trying to diversify my reading experience from high school. Last semester, one of my favorite professors asked us as a class to name as many books as we could remember from required reading for high school. We realized that only a few out of more than forty authors were women. Of the more than forty, only James Joyce was nonwhite. Even though authors like Mark Twain wrote about nonwhite experiences, I hardly read anything from the point of view of someone who identified as anything besides white. I realized how much I was missing out on due to this homogeneous makeup of authors. So, I’ve started seeking authors like Junot Diaz and Toni Morrison, trying to read books and poetry from perspectives different than mine. 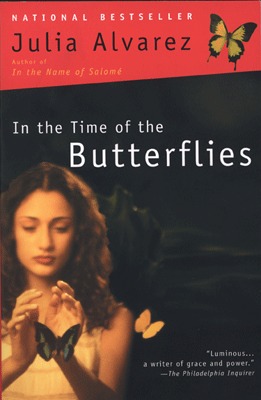 I just finished The Sleeping Dictionary by Sujata Massey and In the Time of the Butterflies by Julie Alvarez. I loved both novels, especially the political climate of Alvarez’s Dominican Republic setting. If you need a summer read, pick up something new! Don’t fall prey to an easy read. Challenge your ideas and conventions, and read a book by someone different than you. And if you have a favorite novel written by an author of color, I’m hungry for suggestions!